Getting stung by a wasp is very painful, and for some sensitive persons, can be fatal.

In addition, some people are highly allergic to wasp stings, and such people can die if the allergy is not treated. Wasps are also known to attack pets, and it is painful. You can reduce the risk of getting stung by wasps by taking the necessary precautions. The first precaution is looking if you have any wasp nests outdoors or anywhere in your home. You should get wasp exterminators to get rid of wasp nests if any have been found. This way, you’ll be reducing the risk of getting stung by these dangerous insects.

People confuse wasps with other stinging insects such as bees. Wasps are unique in how they look and behave. They have a distinct yellow and yellow stripe pattern in their abdomen. They are about 10mm – 20mm long. Wasps are known for being notorious pests that build their nests near human residential places. They can build nests near areas where people like sitting, in the eaves, undisturbed attics, lofts, sheds and gardens. These nests are rare to discover since they start as small structures. However, as time goes by, the nest keeps growing larger, making it much easier to spot it.

During spring, days are longer, and the weather is warmer. This favours wasp nest building. It is during this time that all queen wasps emerge from their hibernation sites.

They then start building a nest where they later lay their eggs. As time progresses, worker wasps hatch from the eggs, and one nest can be home to hundreds of wasps. These wasps become more active during summer, and it is during this time they attack many people.

Facts about wasps and hornets

There are several wasp species in the UK, but only two of them are common. The German wasp and the common wasp cause a lot of havoc in the UK. They are annoying and have painful stings. In addition, they have distinctive yellow and black bodies. You might confuse these wasps for hornets, but there is a significant difference. Hornets are bigger than wasps, and they have a brown-coloured hairy body. Both wasps and hornets will sting anyone that comes close, and they can sting repeatedly. Having a wasp nest infestation is a serious problem that should be brought to the awareness of wasp exterminators. These specialists will get rid of wasp nests in or around your property.

A wasp’s lifecycle depends on the species it belongs to. But generally, a worker wasp can live for 12-22 days. A queen wasp can live for up to a year. The queen’s role is to mate and reproduce more wasps. Eventually, all wasps die out before winter, but that doesn’t mean there won’t be new wasps the following year. Queens hatch new wasps every New Year in new nests they build after coming from hibernation. This means that you shouldn’t assume wasps will go away. Once you spot a nest near your building, you have to alert the hornet and wasp control team. They will solve the problem at a cheap wasp nest removal cost.

How do you get wasps?

No one knows the criteria wasps use to spot an ideal place to build their nests. But one thing that’s for sure is that wasps and hornets like building nests in hidden areas. They can start nest construction on eaves, gutters, soffits, flower pots, yards, and sheds. Wasps can even live on garbage cans that are left uncovered and un-emptied for long. Hornet and wasp control experts can’t clearly explain this behaviour. But a wild guess is that wasps are usually attracted to areas where people live because they can easily find food.

Wasps can attack people and pets in large numbers, especially when their nests are disturbed in any way. Therefore, it’s best to have the 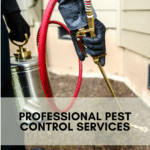 Firgrove Wasp Nest Removal team deal with your wasp situation before early before the wasps increase and become more aggressive. Then, the team will offer safe and convenient solutions at an affordable wasp nest removal cost.