While the internet might have numerous definitions of what a pest is, one thing is sure. They are pesky home invaders that bring nothing but destruction. Pests are regarded as any animal or insect that brings discomfort to homes and bad news. This bad news can be diseases and other pests. Because of this, there is a need for a control measure against such an organism. Below is a guide on the various misconceptions about pests and the various control measures against them.

Mice & Rat control measures are centred on getting rid of rats and mice. These two culprits are destructive mammals that feed on leftovers and chewing fabric, and electric 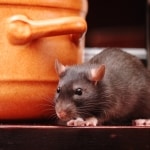 insulators. The pair live in holes on walls and ceilings and only come of their habitat when they have to. Their control measures are more than keeping a cat or setting up traps using cheese. It's about hiring the right professional to do the work for you.

Ants are tiny insects that live in colonies. They are one of the most populous insects with dozens of species worlds wide. Their primary objective is to serve a queen and add value to a colony. Each colony member serves a different purpose, with the queen as the centre of attention followed by the males, then workers, and soldiers.

Most ants will invade your home looking for sugar and food for their colony. Once a food source is found, they'll go back home and lead a caravan of ants to the said source. Here, they'll form a highway-like structure that moves back and forth, transporting the food back into the colony. If you happen to come across such a trail, they'll bite you and eventually sting you.

If you can't see them in your home, then they are not there.

Just because you haven't seen a pest in your home, it doesn't mean that your house is free of pests. Most pests are anti-social and hence will avoid human contact. Rats, for example, will only come out at night once the lights are out. The same case applies to bedbugs that are hard to spot and will attack in the middle of the night. You should know that most pests are hard to spot but will leave devastating signs behind.

Bed bugs can be wiped out with a do-it-yourself control measure.

Bed bugs are perhaps the most troublesome pests. These pests are a pain in the neck to control, especially if they invade your home. Additionally, they are tiny and won't come out unless it's dark; this makes them challenging to locate and control. If that is not enough trouble, they reproduce at a higher rate laying eggs on sofas and beds. For these reasons, they are difficult to control, especially with a DIY control measure. The only guaranteed means of control is via a registered pest control service like Melling Pest Control.

Wasps will only attack when provoked.

The theory of wasps being defensive only when provoked is a misleading statement. Yes, it's true wasps will fight back when pressed. But, sadly, it's not true that they only

attack when provoked. Wasps are moody and aggressive insects; this means that they'll always blast when they feel like it. Say a worker wasp is having a bad day at the office, then it'll gladly attack you when you cross its path. So, with that in mind, keep wasps at all costs. Also, avoid attempting a wasp nest removal treatment. It'll likely get you stung. Instead, leave the wasp nest removal treatment to a trained exterminator.

Pest control services are a waste of resources.

Most individuals have the perception that calling an extermination service is expensive. As a result, many individuals have opted for a DIY control service over calling an exterminator. However, if you factor in pesticide price and the number of unsuccessful attempts you'll undergo, you'll realize hiring a professional is cheaper. Lastly, not all pest control services are as expensive as you think. It all depends on the type of control you are ordering and the extent of damage caused by pests. So with that in mind, it would be wise to consider a professional pest control service like Melling Pest Control.

We cover all pests in Melling. Here's an example of a few Pest's Below: